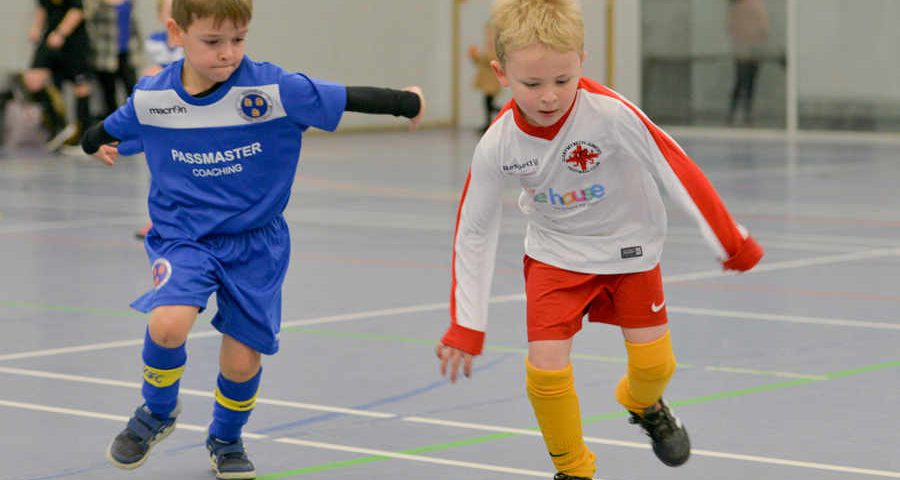 At a time when participation numbers are dropping in leagues up and down the country, the SJFL are more than holding their own and also looking to the future having expanded their successful Futsal Festival.

The indoor festival is now in its ninth year and is getting bigger and better every year thanks to the efforts of chairman Mike Hames and his hard-working, dedicated committee.

This year has seen the introduction of an under-seven section to go alongside the under-eight, nine and 10 sides that turn out at Shrewsbury Sports Village for eight weeks in January and February.

The festival now boasts 70 teams with more than 650 participants and a programme of 134 fixtures.

Teams don’t play for points or medals but are recognised and judged on respect and fair play.

Respect winners are awarded for each age group and they are decided through match reports on players, managers/coaches and supporters after each game.

A team from each age group will receive their Respect awards at the league’s presentation Day held at Shrewsbury Town’s Greenhous Meadow stadium.

Chairman Hames has been delighted by the response to the new under-seven venture.

“This is the ninth season we have run the Futsal Respect Festival,” said Hames, who has been associated with the league for over 20 years.

“Initially it was for under eights, nines and 10s but this year we have introduced under-sevens.

“There are a lot of under-seven sides linked with clubs and this gives them an introduction to organised football in a safe and controlled environment.

“It has been a big success and very well received.”

The SJFL are leading the way when it comes to Futsal with a number of bigger, more established leagues yet to introduce the format.

“I think we are leading the way in this area across the Midlands and further afield,” said Hames. “Some of the larger counties and leagues across the country haven’t introduced Futsal yet.

“We think it’s an excellent introduction for young players and helps with player development. It’s a very fast game and they get plenty of touches of the ball. It’s surprising how quickly the youngsters adapt to the game.

“We work closely with the FA and have a proper fixture programme.

“Everything is very well organised and we have qualified Futsal referees to take charge.

“We look to give newly-qualified refs a chance to take charge because it helps with their development as well.”

The league as a whole is booming with 170 teams from under-eights to under-16 and plenty of action still to come on the pitch this season before the awards night in June.

“There was a small increase in the number of sides this season and that is encouraging at a time when a lot of leagues are seeing sides drop out,” added Hames, who has also seen the league take on the FA’s new online player registration system this season.

This year the league are running finals in a Champions League format, with teams progressing through group games into semi-finals and finals.