The FA Community Awards and Presentations – 2011

It is with great pride that I can report that the SJFL has been very successful in being selected as winners of both the Shropshire County FA and West Midland Regional FA Community Awards for FA Charter Standard Leagues (CSL) season 2010/2011. This is a tremendous achievement and testament to the hard work carried out by all in the league and follows on from the same successes accomplished the previous season (2009/2010). The FA Community Awards appraises the work conducted by the league and considers the standards and advancement with development of football provided such as, progress of the league since becoming the first CSL in the country in 2009, club/team development in that all 26 clubs have achieved the charter standard quality award (inc 7 at community status), implementation of the FA Respect Code and Fairplay as priorities in football, provision of additional formats of football; 9v9 at U11 and mid-winter break to provide Futsal programme for U8, 9 and U10 teams and supporting work in the community by raising funds for charities – this year £3000 was raised for 5x local based charities. 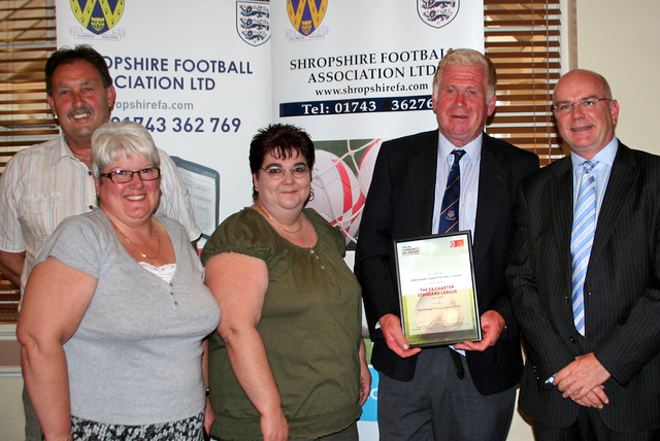 The Shropshire Junior Football League is proud to have raised, through its Charity Cup Competitions, a staggering sum of £3000 with the money being donated to 5 Shropshire based charities who each received £600 at the League’s Presentation Day. Those charities benefiting from the league and member clubs generosity are; Headway Shropshire, Hope House, Red Cross Young Carers, SKID (children with insulin dependency) and Myddle Pre- School. Whilst all charities were pleased with their awards the league is humbled by the excellent work they do and trust we have raised awareness to this and also show how football can help in the community. The league also wishes to thank Up & Comers, Meole Brace Juniors, Church Stretton Magpies and Shrewsbury Juniors for making additional donations to the charity fund. 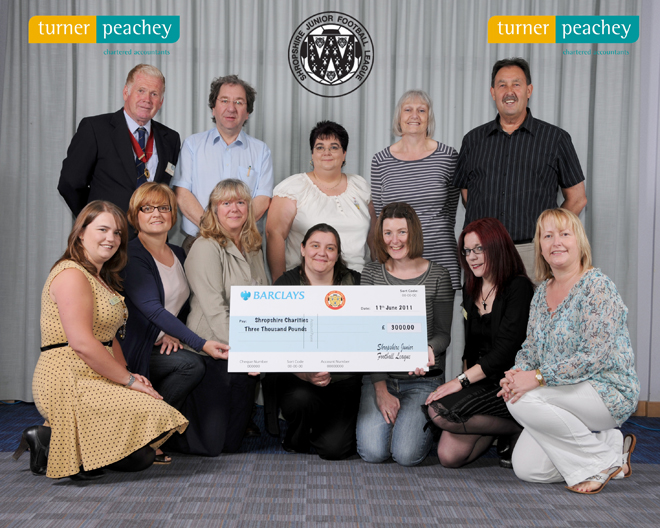 The Shropshire Junior Football League (SJFL) completed its 2010/2011 season with a Presentation Day held at Greenhous Meadow stadium (home of STFC) on Saturday 11th June 2011. The morning session recognised ‘Fairplay’ in football and 21 team awards where made to individual divisional winners from each age group from U8 to U16 of football. The ultimate prize is the coveted Turner Peachey award presented to the overall ‘Fairplay Team’ from all of the 195 registered teams in the league and this years winners were; Church Stretton Magpies from the U14B division. The team will now represent SJFL in the Shropshire FA sports awards scheme which covers all affiliated teams across the county. 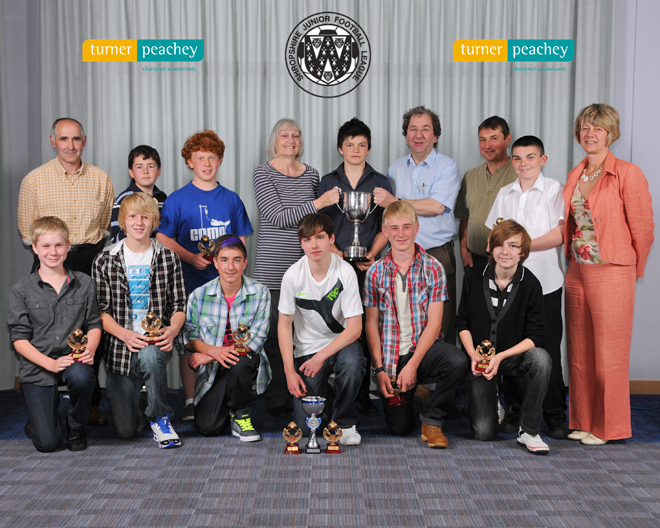 To promote ‘Fairplay’ and good sportsmanship in junior football the league is very pleased to work with in partnership with Turner Peachey Chartered Accountants who has the main sponsors of the league have agreed to continue as such for a sixth consecutive season. This partnership clearly demonstrates how professional bodies recognise the good work of the league and to their willingness and commitment to the charter standard of junior football provided by SJFL. 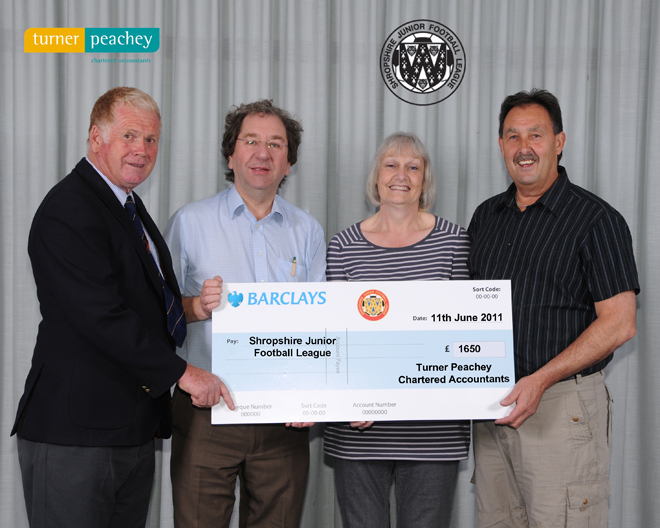