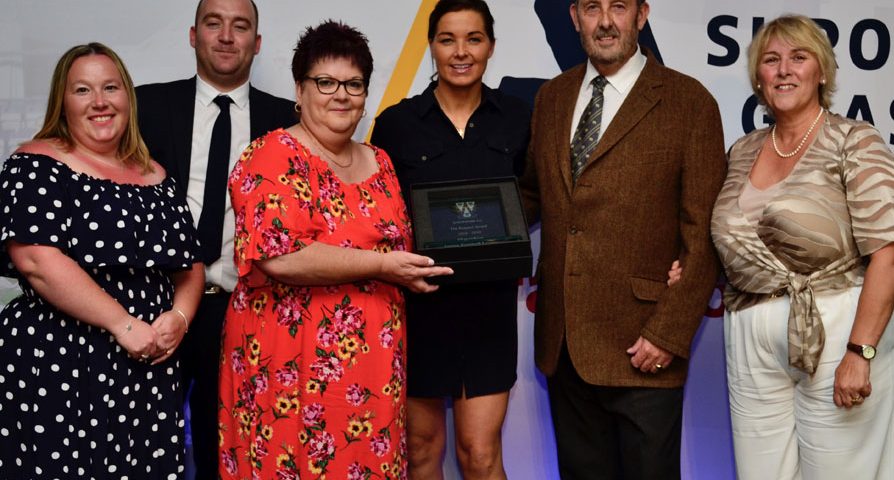 The Shropshire Junior Football League delivered a dual Rainbow Laces campaign with a Kick It Out/We Only Do Positive campaign at its 2019 Winter Futsal Respect Festival. On 10th February The Rainbow Laces and Kick It Out campaign’s took place by the league promoting equality, inclusion and diversity along with the Georgia Williams Trust and SFA Youth Council delivering short presentations with interactive role play in sharing the message “We Only Do Positive” Over 250 players (many wearing rainbow laces), coaches and supporters received wrist bands, Kick It Out badges/stickers and T-shirts to “Make Sport Everyone’s Game” The SJFL have a Respect partner that promotes respect not just in football but also the wider community and uniquely include the two parties in the league’s logo/badge with Georgia Williams Trust. The trust provides the league’s Respect Awards and Respect winners receive their awards at the SJFL Presentation Day held at Shrewsbury Town FC as part of Community Trust Partnerships. The league Implements Respect Marshalls and are the only league to become a partner on the Shropshire County Council ‘Hate Crime’ Commission – Kick It Out Shropshire County Working Group. SJFL also co-opted a member of Shropshire FA Youth Council onto a league in (2016) and continues to support the valid work of these young volunteers especially as key partners to deliver Kick It Out/We Only Do Positive campaign. The League received a Mayor of Shrewsbury’s Awards - Gold award in recognition of the league’s continued achievements towards enhancing the wellbeing of young people in the area. Since the new millennium SJFL has raised over £29000 for the League’s Charity Fund and gifted 65 children’s charities.