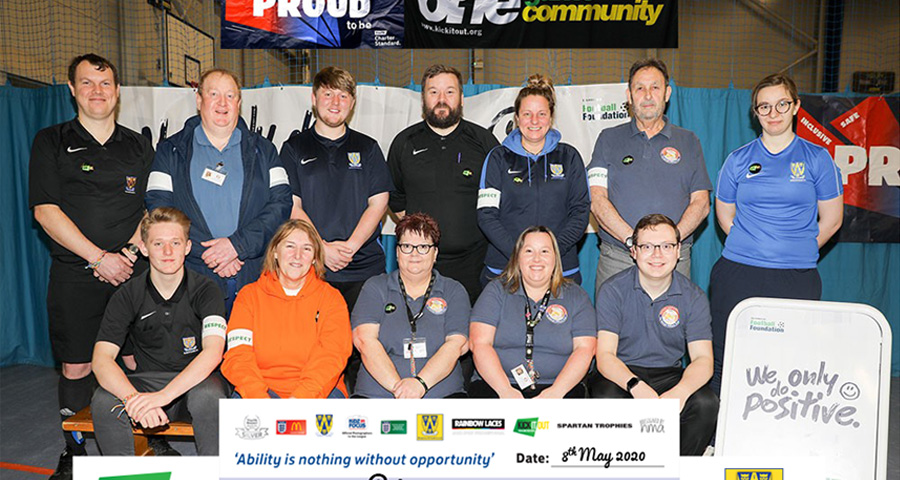 The Shropshire Junior Football League has donated £500 to Prism Telford and three other charities Picture: Kidz in Focus

THE Shropshire Junior Football League has dug deep in the time of crisis to continue its unwavering support to important local charities. The coronavirus pandemic has wreaked havoc with grassroots football, with the SJFL cancelling all of its leagues, festivals and cup finals from under-7s to under-16s for the first time in its 46-year history. One of the league’s flagship events, the SJFL FA Heads Up Charity Cup finals, which would have been staged at Market Drayton Town’s Greenfields home at the end of April, was to be held in partnership and support of charities, with an emphasis of those in support of mental health of young people. The league were due to match the funding of the gate receipts for the events, which was sponsored by the Georgia Williams Trust and Kidz In Focus. They were the only league in Shropshire given authorisation to use the FA’s Heads Up campaign logos. The finals have been scrapped due to government guidelines, but have been rearranged for 2021 – and the league has been united in the decision to pledge crucial financial support to charities in need. The SJFL donated £2,000 from their charity fund and reserves to four charities, receiving £500 each. Read the full article here.