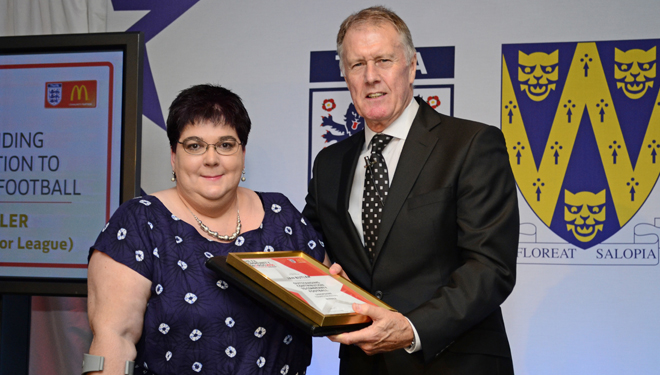 Jan is an incredible ambassador for Shropshire Junior Football League and grassroots football as a whole. She is the secretary of Shropshire Junior League and has been for numerous years. She is a pivotal member of the League Management Committee and has been pivotal in the league’s successes, including becoming the first FA Charter Standard League in the country, organising the league’s Annual Winter Futsal programme, Silver RESPECT Award winners, along with many other achievements. Jan is the League’s Welfare Officer and fulfils the same role for Shropshire Schools and Colleges FC. Her attitude towards putting the enjoyment and safety of children first is an example to all. Jan is happy to assist and advise any other junior leagues in the county and is a constant point of advice and support for the clubs in her league. She can be found on the pitch side of junior games or Futsal games, pretty much every weekend during the season.