Young Volunteer of the Year 2013 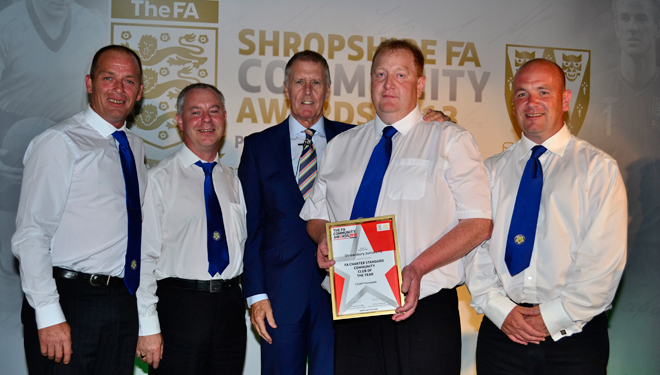 SHREWSBURY JUNIORS FC
Shrewsbury Juniors FC are an FA Charter Standard Community Club with over 20 boys and girls Junior Teams. The club have also extended their provision this season to include U18s football with the ambition of one day having an Adult Male team as part of the club. The club have also formed closer partnerships with local schools through the Shropshire FA school-club links programme providing coaches for free after school sessions for age groups the school can’t currently cater for. They have also been successful in their application for Football Foundation ‘Grow the Game’ Funding, in order to increase the number of schools they support and expand the number of teams at the club. Shrewsbury Juniors have also been active in Futsal both as part of Shropshire Junior League and County Futsal Qualifiers, as well as supporting all FA iniatives such as RESPECT and Fair Play.