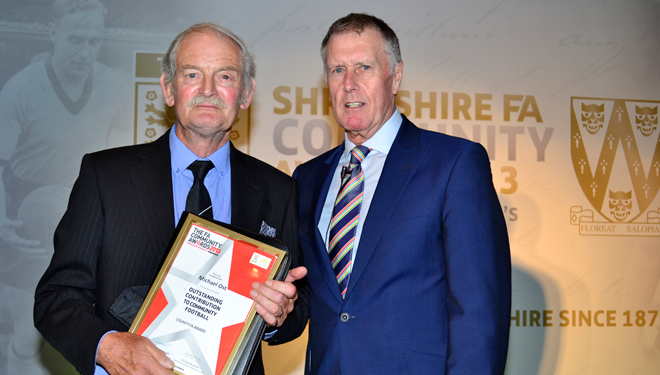 MICHAEL OST – MARKET DRAYTON TIGERS FC
Michael is the club secretary of Market Drayton Tigers Football Club, and has been involved in the club (formed in 1975) for as long as anyone can remember. He has a passion for the game, his local community and for the young people of Market Drayton and the surrounding areas. As well as being Club Secretary, liaising with the Shropshire FA and attending meetings on behalf of the club, Michael can be seen every Sunday (home and away), rain or shine, supporting one or more of the the club’s, sporting his green and white scarf. He is both a role model, and an ambassador for all that is good about Market Drayton Tigers FC.