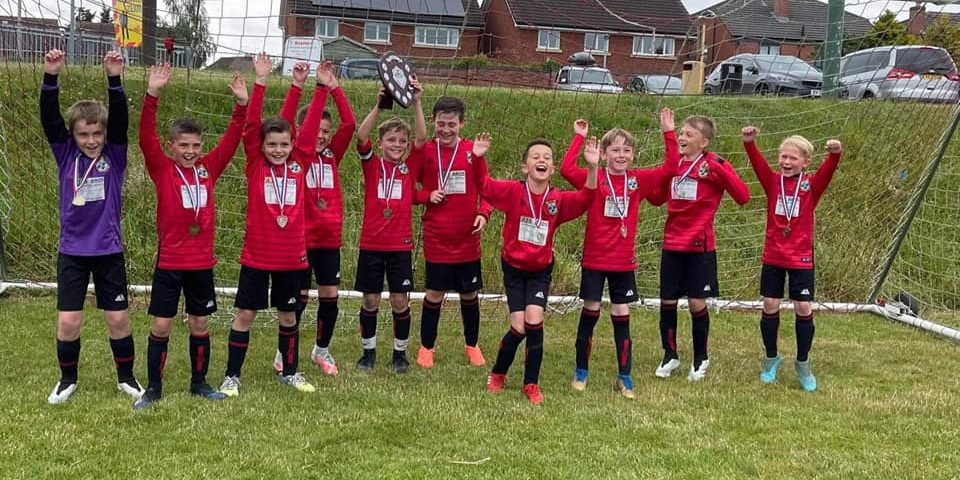 Sunday 20th June 2021 was the last day of the SJFL Festival of Finals. The U10, U11 and U12 Consolation Cup is being played at Prees Junior Football Club . The SJFL are very thankful for allowing us to use ground. The U10 Finals start at 10.am and teams involved are Prees Predators, Oswestry Crusaders, Meresiders Marvels and Wem Town.

The U11 Finals started at 1.30pm and the teams involved were Whitchurch Alport Colts, Prees Mavericks, Meole Brace Hawks and Shawbury Utd Hawks.

Admission was £2 per car and was donated to our chosen charity for the day which is Luna’s Legacy.

On the day we saw a wonderful display of football and some very close games. We would like to thank Prees Junior Football Club for hosting the event and for all their help on the day.

The money collected on the day will be going to Luna’s Legacy the chosen charity for the finals.

Well done to all who took part.

Photos are the winning teams and man of the match winners below: