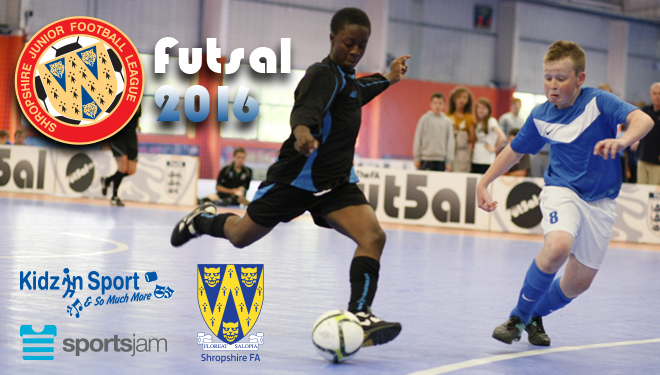 SJFL is pleased to announce the Futsal Respect Festival is back. The event now in its eighth year as  attracted the biggest entry with 62 teams taking part and we’ll have over 600 participants making it the most successful yet. The Futsal Festival will again be sponsored by Sportsjam (Respect awards) and Kidz in Sport who will produce the programme as official photographers to the league.

Futsal is a key enabler for player development and the league also uses the event to promote respect and fairplay in the game. Respect winners are awarded for each age group U8, U9 and U10 which is decided through respect match reports of players, managers/coaches and their supporters after each game of the tournament. The Respect winners will be notified after the festival and will receive their awards at the league’s presentation day held at the Greenhous Meadow Stadium at the end of the season.