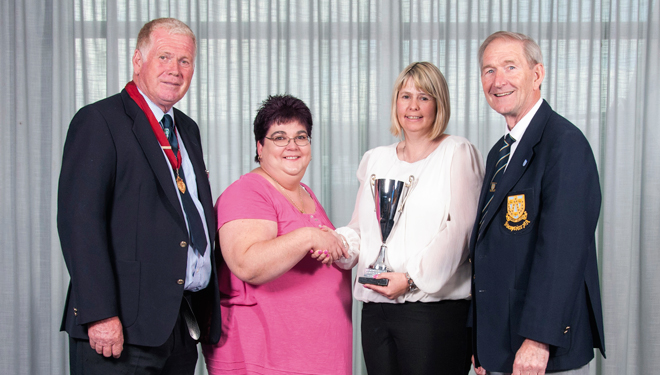 As part of the FA 150 years SJFL has introduced the award that recognises the hard work, commitment and dedication that club secretaries do in running and managing a junior football club. Under her secretarial leadership Debbie Winstone at Whitchurch Alport Juniors FC, who run 12 junior teams, has brought stability and excellence in promoting grass roots football within the Whitchurch area. She is also very willing to help and support all football matters for both club and league and is most deserving of this award.

SJFL Secretary of the Season 2012-13 is awarded to Debbie Winstone at Whitchurch Alport Juniors FC.

Photo by courtesy of Kidz in Sport